Closed due to the government procedure during Covid

Darun Nusra, the House of Benevolence is a project initiated by Al Muslimaath in 2007 to help & empower disadvantaged and marginalized women and girls as well as the revert sisters.
It is situated in Dehiwela presently provides shelter for more than 23 women and orphan girls. They are given Islamic and secular education as well skill training in a secure environment.
all other orphanages in Sri Lanka enroll children only if the father has passed away. Darunnusra Orphanage is the only place where the destitute children, those of deserted women and divorcees as well as beggars’ children, the children whose parents are missing, gone abroad and never returned & the abused children handed over by the courts are enrolled, rehabilitated and given a chance to lead a normal life, Alhamdhulillah!
This is the only one of its kind in Sri Lanka. There are no residential facilities for revert girls anywhere else in Sri Lanka other than this place. We take them in, send them to school if they are of school going age, others are given Islamic education in the institute, vocational training, set them up in life to be self-sufficient and then either send them to do a job and/ or give them in marriage. Many destitute children’s relatives are traced, mothers brought down from abroad and the children handed over with monetary assistance if necessary so that they will grow up in a family environment. Even after they get married many of them still keep in touch with us as we are their only family.
We also shelter old people if they do not have a home to stay and have no relatives to look after them.
This is done entirely for the sake of Allah with no profit motive whatsoever. It is run with the help of kind donations from many individuals. May Allah help us in the future years too.

HISTORY:
Darun Nusra, the House of Benevolence was initiated by almuslimaath at a rented property in Initium Road, Dehiwela in 2007. We shifted to No 11, PT De Silva Mawatha, Dehiwala-Mount Lavinia in 2008. Due to lack of space & increased number of neglected women, orphans, destitute girls & reverts, we had to extend the area of Darun Nusra by renting the adjoining building of No 13, PT De Silva Mawatha, Dehiwela-Mount Lavinia as well. There we separated the women & girls & provided shelter in both buildings. Then we had more than 60 sisters in need.
On 31st of December, 2012 we moved to a new rented building situated at No 23, Campbell place, Dehiwala. Then the government of Sri Lanka implemented a rule that an orphanage should be run on its own premises. We found one at No.39/7A, Peiris Mw, Off Hospital road, Kalubowila, Dehiwela
Thanks to our donors’ generosity we managed to pay an advance of 3 million out of 22 million which was the price of this 8 roomed house in 9.6 perchase & a loan of Amana Bank helped us to possess this current home of Darun Nusra, Alhamdhulillah!
Again a kind donor came forward & helped us to pay the loan in full. Allah is great!
Darun Nusra, the house of benevolence moved smartly into its own promises on 12th of April, 2013. May Allah reward all our supporters & their families in both the worlds.
Our first administrator in charge of Darun Nusra, was Mrs.Rizna Mahroof (from year 2007-2010) who gave her honorable service; may Allah bless her.
Our current administrator in charge is Mrs. M.S.Zahira Munafer who gives her kind services towards the children together with her husband Mr.Munafer as parents of the orphans for nine years continuously (from year 2008 upto now). Their daughter Safa also contributed tremendously until she got married and migrated. May Allah bless and reward them!
INTAKE: We abide by the rules set by the department and according to the recent restriction of the government; we are only allowed to take children when they bring the report of the probation officer under the court order.

FACILITIES:
Staffs: 3 permanent Staffs & 6 Volunteers
Property: An own building,
A van and a bus bought under installment loan payment

Currently we have 21 children in the age group of 9 to 16 years old, two mentally retarded young girls & a disabled child.
Remark: We do not have a permanent income to run this place and still depend on kind hearted donors. Even finding day to day meals is a struggle at times.

Assalamu alaikum Warahmathullahi Wabarakathuhu “And they feed, for the love of Allah, the poor, the orphan, and the captive…” [Soorah al-Insaan, 8] When a little girl cries halfway around the world, are her tears any less real? Would you like to be like a Mujaahid or like those who spend …

Assalamu Alaikum WW Our House of Benevolence, Darun Nusra houses orphans and destitute children and we need help to feed the children. We have 16 children, varying from 6 years to 14 years of age; including food, clothes, salaries of staff, transport to and from school and utility bills we …

We need a matron for our Darunnusra Girls’ Orphanage. Please call immediately 0771072285 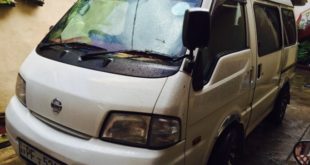 السَّلاَمُ عَلَيْكُمْ وَرَحْمَةُ اللهِ وَبَرَكَاتُهُ To whom it may concern —————————————- Darun Nusra (House Of Benevolence) caters for orphans, destitutes, street children and abused children; We house them, feed them, educate them and either find jobs for them or get them married or some times find a relative who will … 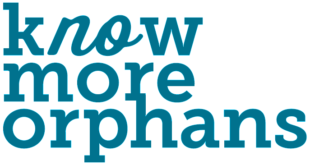 All our students stories are unique   السَّلاَمُ عَلَيْكُمْ وَرَحْمَةُ اللهِ وَبَرَكَاتُهُ Three new students had enrolled in Darun Nusra Orphanage from the district of akkaraipathu on the 19th of January, 2017. Two 10 years girls & a 13 years girl from the Dept. Of probation and child care Akkaraipathu & from magistrate …

A wedding with the orphans <3

السَّلاَمُ عَلَيْكُمْ وَرَحْمَةُ اللهِ وَبَرَكَاتُهُ A wedding took place with the children of an orphanage …. & few relations from either sides. May allah bless them, Alhamdhulillah! We must share this to encourage these types of acts, in sha Allah. A wedding with children from an orphanage In a time …

السَّلاَمُ عَلَيْكُمْ وَرَحْمَةُ اللهِ وَبَرَكَاتُهُ Mrs Zahira Munafer, Administrates in charge of Darun Nusra Orohanage stitched a set of new clothes for the children of Darun Nusra. Jazakallahu Kairan Madam, May Allah bless you and your family and endow on all of you excellent prosperity in the future years.  Jazakallahu …