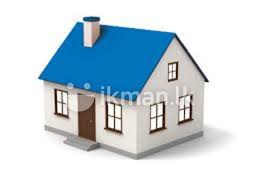 She was brought to Ummul Mu’mineen by HIRA about 8 months back. A muslim boy had promised to marry her and she wanted to learn Islam before marriage. We made her say the Shahada.

She was one of the best students we had. While learning Islam the boy ditched her and got friendly with another Sinhalese girl. She was heart broken out continued to learn Islam with an unusual love and passed out with an A – beating even most of the born – Muslim girls.

At the passing out ceremony, she made an emotional speech about her happiness in being a Muslim revert and her mother too spoke about the joy of seeing her daughter excelling in her work.

She is good at office work, wears hijab and abaya and is very careful in her duties to Allah. She is not keen on getting married. Not yet. She continued to stay with us and we have got her a job; Her father was paralysed and was looked after by her mother who was working in a factory. 3 months back her mother too got a financial paralysis and had to stop work; now the father is with his relatives, the mother is with her relatives and she lives in Colombo in another pious reverts houseworking at a private institute. She has no siblings.

With her savings from a meager earning of Rs.5000 she has saved some money and with the help from Ummul Mu’mineen friends she has managed to buy a piece of land in Ratnapura and she needs help to put up the house.

The mother is inclined towards Islam but cannot revert, as then, her relatives would not lookafter her. She wants to buy a small 1 roomed house and bring both of her parents and keep them their so that they can become Muslims and practice without hindrance.