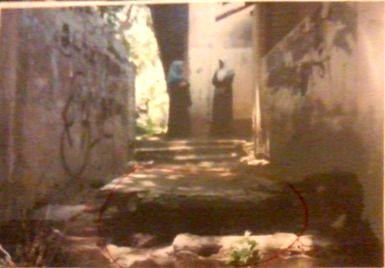 Now they have a new principal namely Mr.Ashroff.

A directress from the Education Department was having a discussion with the principal when we visited the school.

She was highly pleased about Al-Muslimaath volunteering to help the school. She asked me what other schools Almuslimaath is helping. I said Al-Iqbal -Slave Island, Meelad School -Dehiwela & Al-Hasanath pre school Modera. She was taken up by the serices done by our organization.I optained an estimate regarding the short commings in the school.

It is a mixed school but only one toilet for the boys & the girls. The staff has nothing. There was one toilet locked as it was beyond use. The two toilet pits were badly damaged with large cracks in the cetre. The children have to walk over these cracks to the tiolets. The stink coming out of these pits was unbearable. The teachers complained that they could not conduct classes due to the stink spreadin on to the adjoining classes.

The roof of one building was badly damaged & classes can not be conducted when it rains as the roof leaks.

They also need a library as they are using just a cupboard with a few books due to lack of space. The teachers requested to have islamic Tamil, Sinhala & English story books. 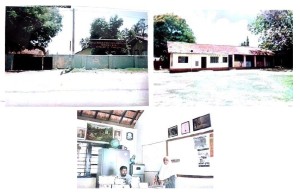 Rs.25,000/- collected from Baithul Mal & handed over to the renevations.

Handed over 600 books to the Principal for distribution to school children.

These books were donated by Human Resources, to be distributed to the school children.

Principal with books which were handed over to Horetuduwa School by Almuslimaath.