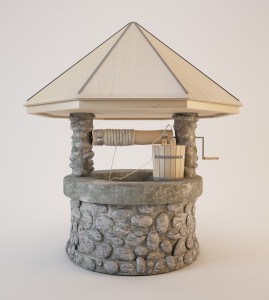 Digging a well is a sadaqathul jariya mentioned in the hathees directly. Here is an opportunity to do one for a small price insha Allah.

Tsunami victims from a small Muslim village, ollikulam from the east of
Sri Lanka, are looking for sponsors to build wells for them. There are
80 houses needs wells.

Location:
A very small Muslim village six miles south of Batticaloa along the
Kalmunai road, just past the Muslim town Kattankudy and a
Tamil town Araipattai.

Ollikulam Muslims as Victims of LTTE:
Following LTTE attrocities againist Muslim in the East, Muslims from
Ollikulam left their villages and settled in the adjourning Muslim town
Kattankudy.

Immediately after they left their houses all of their properties were
robbed and destroyed by Tamils. UTHR describes their situation as
follows:

“Along the road from Araipattai to Manmunai in the Batticaloa District,
one sees the remains of an orgy of the kind so vividly described. There
are rows and rows of houses with rafters, titles, doors and windows
together with their frames missing and walls crumbling. What remains of
red polished floors and shells of shops speak of its past inhabitants as
a reasonably well to do community. There is also a ruined Mosque. This
was the Muslim village of Ollikulam, an extension of Kattankudy. What is
more disturbing about this is that it was not done by a group of
hooligans with the tacit backing of bribed policemen, but at the
instigation and lead of the `sole legitimate representatives of the
Tamil speaking peoples’ – the Tigers – early in the current war.
(http://www.uthr.org/Reports/Report8/chapter4.htm )”

“In the process the boundary areas between Kattankudy and the
neighbouring Tamil villages became deserted. Muslims had to abandon
the surrounding villages of Palamunai (800 families), Siharam,
Ollikulam, Keechchanpallam, Kankeyanodai and Manmunai (south of
Kattankudy). Some of the residents of Palamunai and Kankeyanodai have
now gone back. The rest of the villages are completely deserted.
Kattankudy now had a population of 40,000 confined to one square mile
amongst the world’s highest population densities. Muslim stragglers
trying to make a living by fetching fire-wood or by doing small business
on bicycles, continued to be picked off by the LTTE.

http://www.uthr.org/Reports/Report7/chapter2.htm”
TSUNAMI VICTIMS
Majoriy of them settled very close proxmity to the sea in Kattankudy.
Hence they were the victims of Tsunami.

So they lost their lives and properties. Due to the peace talks and
NGO’s and Government’s support, many Muslims from Ollikulam went back to
their village in Ollikulam and started their life from scratch. Some
NGOs assisted them to build simple houses.

Due to some beurocratic procedure they didn’t build wells for those
houses. Now they are struggling for water of their daily needs.
Dr.Reffai