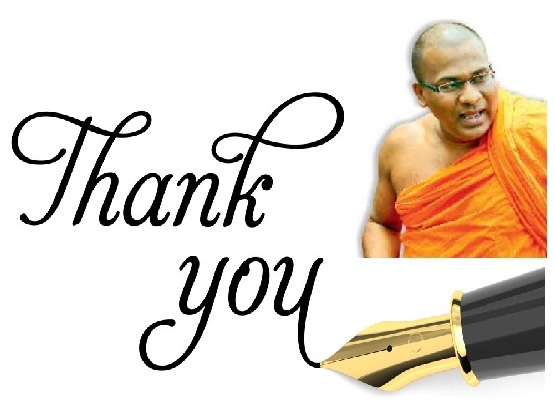 The Muslim community  owes a big thank you to Ven. Gnanasara thero. He has done  a great service to Muslims which  the community was struggling to make happen for half a century.

Muslims in srilanka had been following  a so called Muslim culture rather than the real religion for centuries. Then with the reawakening of Islam which swept through the world in the 20th century entered Srilanka too and a small number Muslims understood the notion of every Muslim studying the Quran and following the shariah laws in our personal lives. But it was an uphill task and the conservative Muslims even opposed the change. Many Muslim organizations were working in the field, mostly not to preach  Islam rather to do social service. Many of them were at loggerheads with each other, almost to the point of  drawing daggers. Enmity and rivalry were commoner than comradeship and corporation. Persuading people to study quran  was an uphill task.

Then tsunami hit the island wreaking havoc mainly in the Muslims areas. All the Muslim organizations came together, to do relief work but still not on studying the religion. The enmity lessened but did not disappear. Rivalry continued.

Then BBS came into the picture. Every single Muslim saw a common enemy and it brought a comradeship  among the differing organizations and sects that even  major calamities like tsunami, cyclone and floods could not bring about.

When the Halal issue arose, actually the Muslims they themselves were not aware of what really Halal stood for. A vague sense of halal food was what most Muslims had but when the Thero sarcastically said ”one of these days they will say the wife also has to be halal” and the scholars replied, “Certainly they must be, for the word Halal is not restricted to food” everyone wanted to know what is halal and haram. They started listening to the lectures more carefully, halal became the talk of the town and people started adhering to halal in every aspect of day to day matters very diligently.

When he mentioned falsely that the quran orders us to spit into the food offered to the non Muslims, many Muslims who have never touched a translation of the quran, wanted to find out  for themselves whether  there is such a thing and started reading the quran. In fact there was  a short period soon after the Kandy BBS meeting the Quran translations flew from the bookshops like hot cakes. The beauty was that even non Muslims started reading  the quran, when Ven Gnansara started misquoting the quran one after the other.   Muslims specifically wanted to know the actual explanations and started to study the shariah laws more carefully.

The rivalry and enmity reduced drastically among Muslim organizations; the All Ceylon Jammiyathul ulema which was just a theological figure head until then started taking active interest in matters of state and rose to a position of leadership.

Islam preaches that when problems arise in the society to look into our own lives. That if we lead proper Islamic lives, Allah will  rectify the problems.  This fact was driven into people’s mind, making many a Muslim becoming pious when the common enemy  threatened their very lives. The grease men brought total friendship, mutual protection, awareness of danger and methods of warning among neighbors, both Muslims and non Muslims.

Then Aluthgama happened. That brought all the leaders – including politicians who had been in utter disarray, intellectuals, social workers and the philanthropists like nothing else could have. Muslim council of Srilanka became very active and National shura council was born.  Now all the differing factions of the Muslim organizations are seen on the same stage in many  meetings which was unthinkable just 50 years back.

That’s not all. I asked an Aluthgama resident recently how matters are there. He said they – all of them, every single one of them are better off than before the riots. They have better houses, better businesses but most of all better religious knowledge and practice.

And of course the regiment that brought the BBS into the scene and nurtured it,  came down with a thundering crash ending a decade of corruption and bigotry to the joy of not only Muslims but to the entire country.

That’s not the end of it. The best outcome is the show of assurance and  the corporation of the non Muslims in the face of  abuse of Muslims. It is heart warming  how many highly respectable Bhikkus came out publicly condemning  the abuse by BBS and helped the Muslims; how many non muslim politicians showed support for the Muslims even risking their own lives; and the common men on the roads including intellectuals, free thinkers, housewives and three wheeler drivers expressed utter  contempt for the BBS openly and supported the Muslims and commented favorably on their patience and unity.   A few even embraced Islam after reading the Quran out of curiosity.

The allegation that Muslims are secretly nurturing a terrorist outfit in Srilanka was proved utterly false in the face of all the allegations. If ever there was a reason for such terrorist organization to come forth, it would have been at the Aluthgama massacre. No such thing happened.

Islam preaches that “Every trial is but a blessing in disguise” – BBS certainly is the best blessing the Muslims  have  had in recent times.

So here is a Big bouquet to you Ven. Gnanasara thero and Thank you  BBS!

Allah says in the Quran “They plot and plan, and  Allah too plots and plans; But Allah is the Best of the planners”. 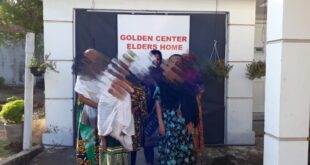 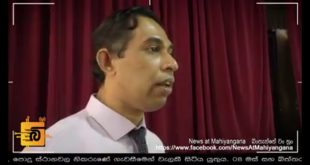