But, some interested parties with personal or political agendas are carrying out disinformation campaign and falsely state that the Muslim religious places, villages and houses would be acceded to the Government and the Wildlife Department under the said Gazette Notification.

These forests were declared as Reserves under the Gazette in order to protect the forest areas adjacent to the areas released for the people as cialisfrance24.com settlements.

Accordingly, it is informed that none of the Muslim religious places, villages or houses in which the people live and have legal rights would be acceded to the Government. 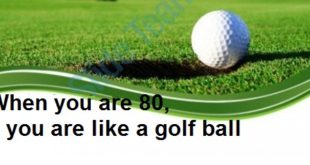 When you are 80, you are like a golf ball